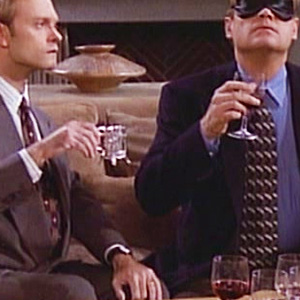 When I was growing up in the nineties I used to go on bike rides with my dad up to my grandparent’s house for Sunday lunch. I always thought it was nice how it appeared Dad saw the importance of us seeing our grandparents and getting us exercise however it later dawned on me that when my mum went back to work, she would work Sundays and Dad couldn’t be bothered to cook. Despite this, I look back on these times with fond memories, riding my bike through the woods with my dad and younger brother.

When we would get to my grandparent’s house my Grandad would always offer Dad a glass of Sherry. I had no idea what this drink was but just knew that I wasn’t allowed it and it got me a bit intrigued, albeit though thinking that it must be an ‘old person drink’. I remember smelling it and thinking that it smelled disgusting and wondering how people could drink it. For me, Sherry was just a disgusting drink for ‘old people’. It’s worth pointing out at this point that my dad would have been in his early to mid thirties and my granddad wasn’t even 60. As someone who is quickly approaching 30, I have since re-evaluated my views of what old is.

Fast-forward a few years into the mid 2000’s, when I entered the working world at Le Bistro, Wentworth. This is a restaurant I hold close to my heart and spent four years initially working there, then went back for two further stints, when I needed money in between moving to different places. Le Bistro is situated in Wentworth Village, the same place that Lightfoot Wines is based in. It’s a quaint little village where young people are a bit of rarity. Le Bistro’s clientele shares an average age of 65-70 and I found myself pouring a rather large quantity of Sherry, which just reaffirmed my theory that Sherry was just a drink for the OAP’s of the world.

In this time I was also studying media studies and had to do a module on the deconstruction and evaluation of sitcoms (there’ll be some academic purist reading this right now rolling their eyes) and the two sitcoms that we had to look at were Frasier & Men Behaving Badly, two shows that were complete polar opposites but in my opinion both equally brilliant. They both revolved around two male protagonists who liked to drink, but the drinks that they chose and the manner in which they consumed said beverages were completely different. We would watch the two loutish protagonists Tony and Gary (portrayed by Neill Morrissey and Martin Clunes respectively) chug cans of Stella, spout nonsense and regularly partake in ludicrous behaviour which to be frank was fucking hilarious and not too dissimilar to the ludicrous behaviour that my best friend and I used to get up to. A former pub landlord once described us as a fuse and a stick of dynamite because when we get together we just explode. We have since grown up and calmed down but it’s safe to say that we identified with the hegemonic masculinity displayed in Men Behaving Badly.

On the flip side, there was Frasier and Niles, the two main protagonists in Frasier. In my humble opinion, this sitcom was sheer brilliance. It combined intellectual humour with down right slapstick stupidity, which revolved round the antics of the two main characters, Frasier and Niles (played by Kelsey Grammer and David Hyde-Pierce respectively). These two characters were older, middle class, well-to-do and were highly academic professionals who mingled with the socialites of Seattle. Where Gary and Tony would chug lager out of the can, burp and then throw the can behind them, Frasier would offer Niles a glass of Sherry from a proper Sherry glass and would gasp in despair if even a drop would be spilled on his cashmere rug (I don’t know for sure if Frasier owned a cashmere rug but it paints an accurate picture of the type of character). I remember once watching an episode of Frasier and he simply offered Niles an aperitif by saying “Sherry Niles?” and it gave me a massive flashback to those Sundays spent at my grandparent’s when my grandad would simply say “Sherry Jon?”

Anyway, the whole point of this little tangent is to explain that I never had an interest in fortified wine in my adolescent days because I was under the impression that it was for old people. I found the same with Port. Don’t get me wrong, I obviously did get to try a sip of Sherry or Port once or twice and to be frank, I thought they tasted like piss (I’ve never tried piss but one can imagine). It wasn’t until I was introduced to the disgrace of a ‘cocktail’ called a ‘Cheeky vimto’ that I would ever drink Port again. A Cheeky Vimto is a horrific combination of Port and a blue alco-pop which is supposed to taste like the Vimto soft drink. As a teenager I thought this was a brilliant idea and loved how sweet this drink was, however as I have got older and actually now respect alcohol and mixology I can safely say that whoever thought up this concoction deserves to be savaged by a pack of feral dogs… ok maybe that is too far, but they should be at least held accountable for their crimes against alcohol.

In truth, fortified wines like Sherry and Port in particular are delicious beverages that are steeped in history and are the perfect drinks before or after a meal. I thought it would be a good idea to give a nice introduction to fortified wine, how it’s made, when is best to drink it and the most famous producing regions.

What is a fortified wine?

Well… quite simply a fortified wine is a wine that has started the traditional fermentation method but the winemaker has added a neutral grape based spirit to the mix. They are stronger than regular still wines and Port in particular normally contains 18-20% alcohol.

Essentially, you can get a lot of different expressions of fortified wine. Some are sweeter, some are dryer and this is down to the grape varietals but also the timing in which the spirit is added.

When the spirit is added it basically stops the fermentation of the wine so you are left with a base wine that is lower in alcohol but has a higher residual sugar level because it hasn’t yet been converted to alcohol.

The above description is more specific to how Port is made; however with Sherry the spirit is normally added after fermentation, that’s why in most cases Sherry is quite dry. You can get sweeter sherries and they are normally made from the Pedro Ximinez grape but that is a bit too much detail at this point. This is only an introduction to fortified wine after all!

Why do we fortify wine?

Originally wine was fortified to preserve it so it can travel long distances. The way Port was born is because someone accidentally added the fortifying brandy before the wine had finished fermenting, thus as mentioned above, leaving a sweeter substance due to all the residual sugar left over. So just like many wonderful and life changing inventions, such as penicillin, X-rays, pace makers, the slinky and chocolate chip cookies the beautiful fortified wine that we know as Port was created by mistake!

Where is fortified wine produced?

There are many different styles of fortified wine but the ‘big hitters’ are Sherry, Port, Madeira and Marsala. Port is my personal favourite but I have found a recent fondness for Marsala. You’ll find that in most cases Fortified wines are named after the places that they are produced and have to adhere to strict appellation laws.

When do I drink fortified wine?

Typically a fortified wine is drunk as a dessert wine but at Wined Up we say “Drink it whenever you bloody want!” There’s a common misconception that Sherry can only be drunk as an aperitif or a digestif but that’s a load of rubbish. If you want to shake things up then why not try a sweeter sherry (Pedro Ximinez) with a curry? I always drink a slightly sweeter wine with curry as it really goes well with spice. If you want to stick to drinking fortified wines as dessert wines then why not try a bit of port with some rich chocolate fudge brownie?

Why are fortified wines called all different names?

Fortified wines are subject to strict appellation rules, much like regular wine is. When I was working in the Canadian wine industry I used to do tastings of a blackberry based fortified wine that our winery produced and the best way to describe it was to describe a Port, however we had to be very careful because we could not call it Port as to call a fortified wine Port, you have to produce it in Porto, Portugal. You can get all different types of fortified wine from all over the world but Sherry, Port, Madeira and Marsala are the main ones you will see in shops. Sherry, despite at first glance might not look to in keep with this rule but it does. The word Sherry is just an anglicised version of saying Xeres, which is the Spanish spelling of Jerez, the city in which Sherry is made.

Appellation laws may seem confusing and to be honest that’s because they are. It’s hard to remember which grapes goes into which wines, for example I always struggle to remember the blends that are allowed to produce Marsala. Appellation laws are slightly antiquated and increasingly there are a number of new, young producers who are challenging/rejecting them, like our friends at Domaine des Amiel. Having said this, appellation laws still have a lot of worth. Principally, the wines created within a certain region are produced using grapes that have been proven to work the best for that region but secondly they are there to protect the industry. If you take Champagne for example, the producers and authorities there have spent literally millions of euros in legal fees to ensure that people in other regions can’t call their sparkling wine champagne and if they do then they will be caught and prosecuted. Think of it almost like copyright infringement. Champagne has got such a highly regarded reputation because in general, the quality of the wine is extremely good, so they are going to want to protect their reputation and if some ‘cowboy’ starts producing a sub par sparkling wine and calls it Champagne then it puts the reputation of that region at risk and just isn’t really fair. People make sparkling wines all over the world and a lot of the time through the same methods and using the same grapes as Champagne, but they just aren’t allowed to use that name. It is the same with Port and other fortified wines.

So there it is! Our first fortified wine posting. I love a drop of Port or Marsala every now and then, especially after a meal. Let us know when you like to drink fortified wines, which are your favourites and if there are any that we should be trying ourselves!